In recent decades, hundreds of millions of people have moved from rural to urban areas in China. The percentage of Chinese people living in cities has grown from roughly 18% in 1978 to just under 65% today.1

Urbanization often results in higher carbon dioxide (CO2) emissions due to demand for steel and cement as well as rising consumption levels. However beyond a certain level of per capita income, urbanization may reduce CO2 emissions as people move into denser urban spaces. The relationship between urbanization and CO2 emissions remains the topic of substantial research.2

The Chinese government has a range of policies to promote low-carbon urban development. This chapter provides background on urbanization in China and summarizes those policies.

Meanwhile, urbanization also has implications for carbon sinks. As forests are cleared to build cities, carbon stored in trees, other plants and soil is released into the atmosphere. However at least one study has found that urbanization in China can lead to long-term growth in carbon stocks as (i) urban tree planting and greening increases carbon stocks in cities after an initial loss, and (ii) carbon stocks increase in rural areas with less dense populations.12

The Chinese government promotes urbanization as a matter of policy. The 14th Five-Year Plan sets a target for the urbanization rate to reach 65% at the end of 2025 (a goal that has almost already been achieved). 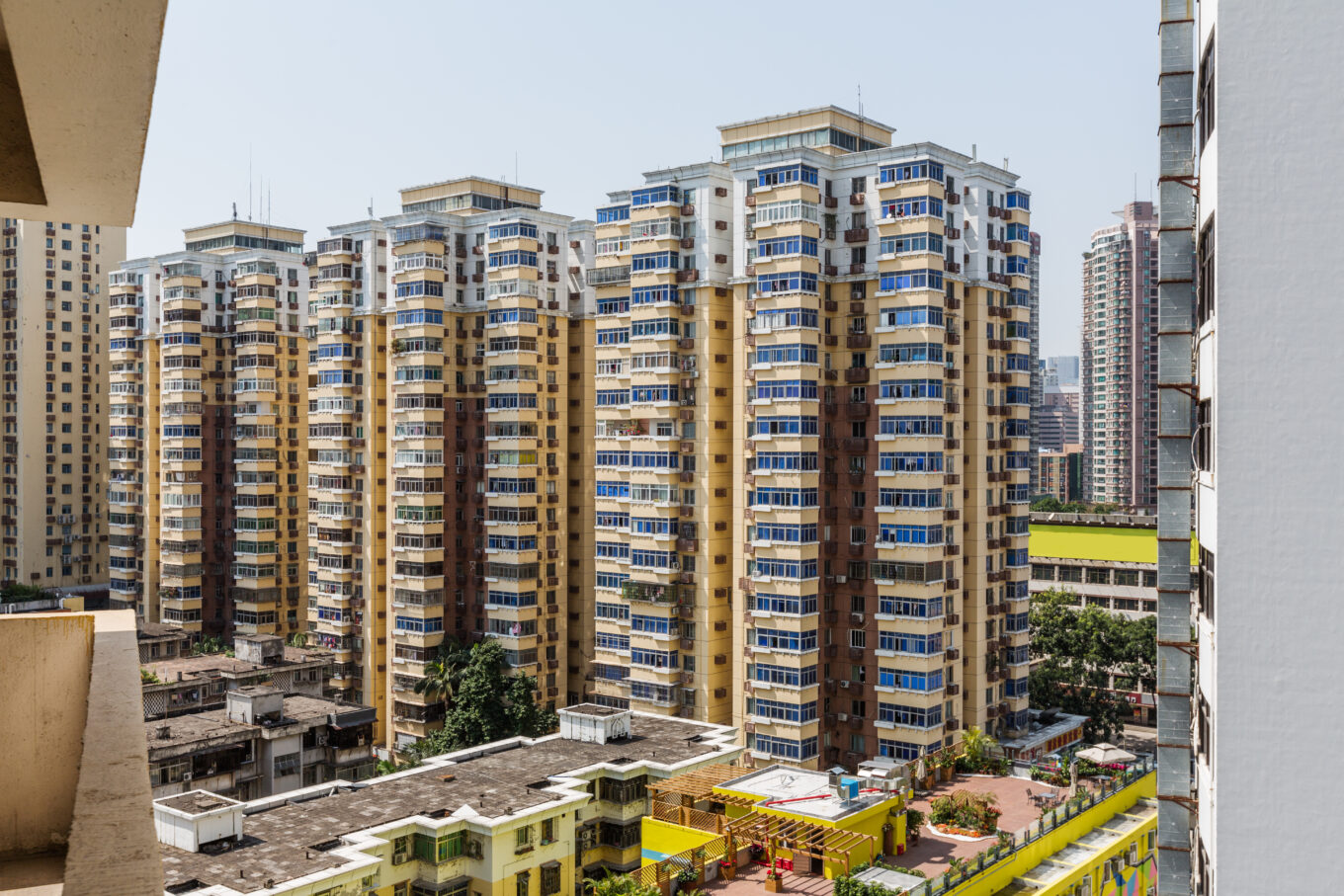 At the same time, in light of President Xi’s commitment to peak carbon emissions by 2030 and reach carbon neutrality by 2060, greening the urbanization process has become an integral part of policy planning. The 14th Five-Year Plan includes the following goals for 2025:

In June 2022, the State Council approved a new urbanization plan for the 14th Five-Year Plan period (2021–25) submitted by the National Development and Reform Commission (NDRC). According to the State Council Information Office, the plan should “promote healthy, livable and safe urban development” and focus on “high-quality urbanization.”18

In 2021, the State Council released the Opinions on Promoting the Green Development of Urban and Rural regions19 which sets the overall goals for 2025 and 2035. It lays out in broad terms an ambition to formalize a green development mechanism and policy system for urban and rural development in order to reduce pollution in cities by 2025. The Opinions aims for a comprehensive urban and rural green development system in each province and for carbon emission reductions to further accelerate by 2035.20

Meanwhile, the Plan to Peak Emissions in Rural and Urban Construction,21 issued in 2022, outlined more detailed targets. The Plan includes an ambition to build ecological corridors, improve urban transportation and commuting, save energy by speeding up the renovation of existing buildings and promote the use of renewable energy in buildings. Specifically, the Plan calls for:

The Plan to Peak Emissions in Rural and Urban Construction also addresses land and water usage and includes a goal for urbanized areas across the country to achieve an average of 45% permeable land by 2030, a measure to protect against flooding. Cities are also instructed to maintain green land, which should reach 38.9% of urban land by 2030.

If implemented, these plans could significantly impact China’s energy consumption and emissions profile. For instance, demolished buildings in China are on average 25–30 years old, despite a designed service life of 50–100 years. Tsinghua’s Institute of Climate Change and Sustainable Development estimates that the massive demolition and construction of new buildings leads to as much as 40 to 50 Mt of steel and 220 to 260 Mt of cement every year.23 When taking into account the energy consumed in the construction process, this results in an additional 120 mtce of energy consumed every year, or 5% of global energy consumption. In response to these challenges, targets for prefabricated buildings (40%) and construction waste were specified in the Plan to Peak Emissions in Rural and Urban Construction.24

Meanwhile, as part of China’s afforestation strategy linked to urbanization, billions of new trees have been planted while the move into dense urban areas has left large tracts of land behind. In addition, the Chinese government’s ecological civilization policy has mandated percentages of urban parks, trees, green roofs and vertical gardens. At the same time, the population decline in rural areas has provided more space to plant new trees in the countryside. One study found that only 6% of urban expansion has come at the expense of forested land. New development has primarily replaced agricultural land (81%) and grasslands (10%)—types of vegetation that have low-carbon storage potential compared to tree cover. Despite cities having made the biggest inroads into agricultural land, China’s agricultural area has only shrunk by 3.8% between 2002 and 2019.25

The central government also uses pilot projects to promote low-carbon cities, while cities introduce their own plans to peak and reduce emissions.

In 2022, the Institute of Public and Environmental Affairs and China Research Academy of Environmental Science assessed the emissions of 110 major cities and their efforts to peak emissions. The more economically developed regions such as Beijing–Tianjin–Hebei, the Yangtze River Delta, Guangdong–Hong Kong–Macao Greater Bay Area, which account for 42% of China’s GDP and 34% of heat-trapping gas emissions, were found to be leading the carbon peaking process, with most progress seen in cities that introduced low-carbon pilot projects.26

Another study released in 2022, assessing CO2 emission inventories of 287 Chinese cities from 2001 to 2019, showed that 38 cities managed to proactively peak their emissions for at least five years and another 21 cities were able to reduce emissions, albeit passively. The 38 cities that proactively peaked emissions managed this through efficiency improvements and structural changes in energy use, while the passive declines in emission were related to economic recession or population loss.27 Maintaining future emissions reductions will therefore require different policy approaches in different cities. In recognition of this, the 14th Five-Year Plan encourages cities to strive to peak emissions before the national goal of 2030.28

Low-carbon development pilot programs have been part of China’s green cities programs for more than a decade:

The Chinese government reports on these pilots in its Biennial Update Reports to the UNFCCC and annual Actions for Addressing Climate Change, among other places.