The structure and functioning of China’s power sector will play a significant role in the Chinese government’s ability to meet its climate goals. Chinese policy makers have highlighted the importance of power market reform to meeting these goals, including in the 14th Five-Year Plan for a Modern Energy System, which highlights power market reform as an element of a modern energy system that can enable carbon peaking and carbon neutrality. 1

Historically, electricity was dispatched in China based on province-by-province administrative allocations. At the end of each year, provincial dispatching centers would forecast total power demand for the following year and then allocate power generation quotas to each generator within their province. Generators within the same category (such as coal-fired power plants) would be allocated roughly the same number of annual operating hours. Coal-fired power plants typically received priority, with guarantees of a minimum number of annual operating hours, even if other sources (such as renewable power) were available. 6

Reform of the electricity market returned to the national energy policy agenda in 2015 with the publication of Document #9 on Deepening Reform of the Power Sector. 12 The document laid out a broad agenda for reforms, including changing the revenue model for grid companies, direct retail access to power markets, retail competition, promotion of demand-side management, improved generator dispatch, improved renewable integration and removal of barriers to distributed generation. 13 The document’s call for wholesale markets to determine dispatch and investment decisions aligned with the philosophy of the high-profile Third Plenum of the 18th Party Congress in November 2013 to allow markets to play a central role in guiding investment in environmental and energy resources. 14

Power market reforms in recent years include measures in the following areas: 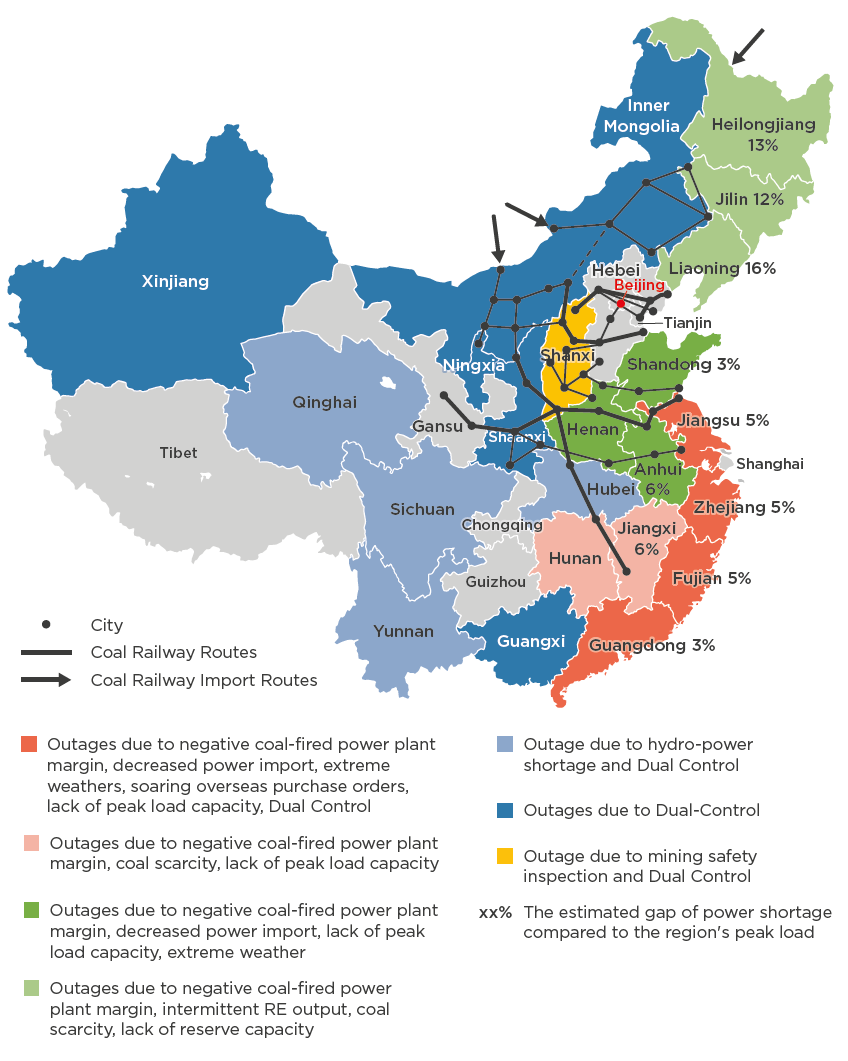 Power market reforms are widely considered important to achieving carbon neutrality because of their potential to promote energy efficiency and low-carbon energy sources.

Barriers to interprovincial trading of electricity have been an obstacle to wind and solar power generation, since variable renewable energy can be more easily managed when smoothed over larger geographical areas. 44 Several studies have shown that more flexible trading of electricity across provincial boundaries offers the lowest cost solution for improving system flexibility and increasing renewable integration. 45

Spot markets are also often considered essential for integrating large amounts of renewable power into electric grids. Spot markets tend to favor plants with lower marginal cost of production such as wind and solar power (which have zero fuel costs). Spot markets are also key to ensuring that carbon prices fully incentivize consumers to prioritize energy efficiency and lower-carbon generation (although China’s current carbon markets are based on carbon intensity benchmarks, and the price of carbon emissions allowances does not increase the price of electricity for end consumers or directly affect the dispatch order of power plants). 46

A 2022 analysis by the International Energy Agency found that moving from administratively determined dispatch to economic dispatch would strengthen China’s Emissions Trading System by allowing markets to reflect carbon prices in electricity generation costs.47 Several studies have found that power market reform in China is likely to reduce the cost of low-carbon energy sources and steps toward carbon neutrality. 48 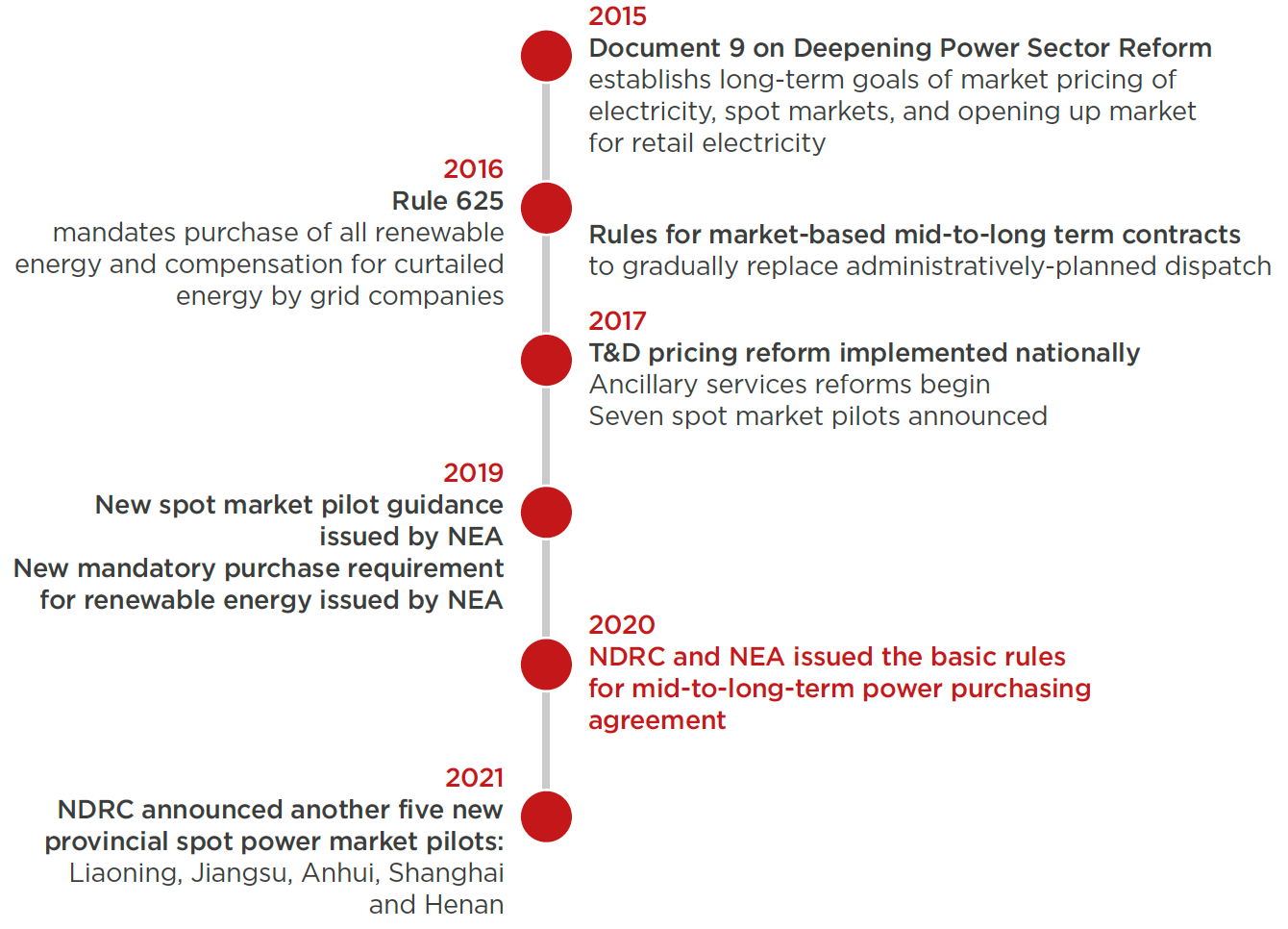