Roughly a quarter of China’s employment and 8% of its GDP is in the agriculture sector. Agriculture’s share of China’s GDP has been gradually declining during the past several decades.5

In 2019, agricultural activities were responsible for 1.8% of energy consumption in China, including 0.5% of coal consumption, 2% of gasoline consumption and 10% of diesel oil consumption.6 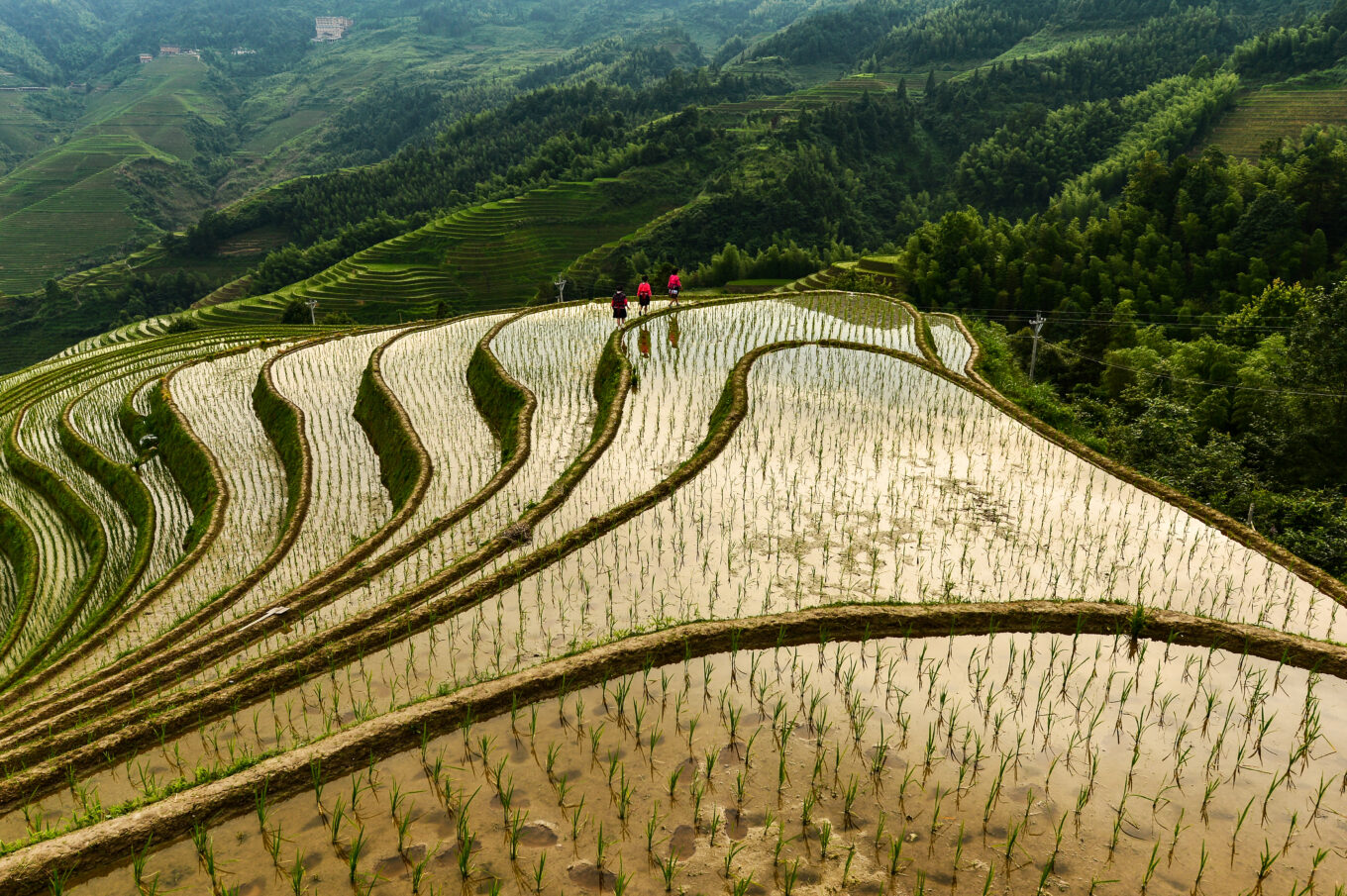 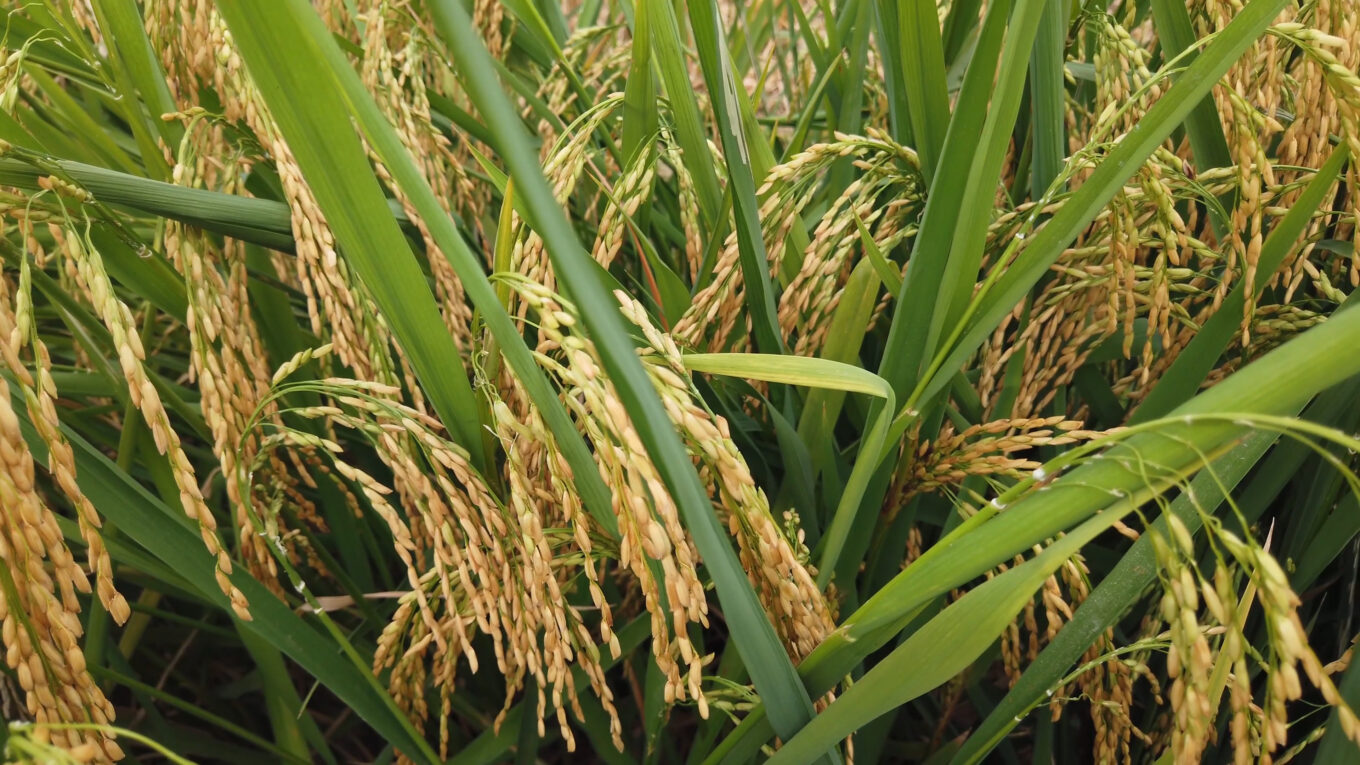 Close up view of rice-plants as a cereal grain

The most consumed agricultural products in China include vegetables, cereals, fruits, starchy roots and oil crops.7

In 2019, China had roughly 64 kilograms of meat per capita for food supply, approximately half that of the United States and Australia but higher than the world average.8 Between 1975 and 2018, China’s meat consumption increased 14-fold. (Grain consumption tripled during the same period.)9 China is the world’s largest consumer of pork.10

China is a net food importer and plays a central role in the international agricultural trade.

For almost two decades, the first policy document issued by China’s State Council each year has been on rural issues. The No. 1 Central Document (as it is known) generally focuses on three issues—the rural population, rural areas and agriculture. The most recent No.1 Central Document, released in February 2022, calls for:

The No. 1 Central Document for 2022 focuses in particular on grain security, calling for new measures to ensure that grain production does not fall below 650 billion kilograms.20

The No.1 Central Document for 2014 was the first to propose a long-term framework for sustainable agricultural development. The framework focused on water usage, pesticides and chemical fertilizers, among other issues—not directly on climate change.21 Similarly, the National Sustainable Agricultural Development Plan (2015–2030), released by the Ministry of Agriculture in May 2015, focused on agricultural productivity, water usage and chemical pollution, without specific goals related to climate change mitigation or adaptation.22 However in the months and years since, Chinese government policy documents have paid growing attention to the relationship between agriculture and climate change.

In June 2015, for example, the Chinese government submitted its Intended Nationally Determined Contribution (INDC) to the UN Framework Convention on Climate Change (UNFCCC). The INDC describes plans to:

In December 2016, the Ministry of Agriculture and Ministry of Finance jointly issued the Plan for Establishing a Green and Ecologically Oriented Agricultural Subsidy System. The plan promotes the rational use of agricultural resources in accelerating sustainable agricultural development and agricultural modernization. The plan emphasizes that incremental funds should focus on resource-saving and environment-friendly agriculture.24

In December 2018, China released its Second Biennial Update Report on Climate Change and the Third National Communication on Climate Change. Regarding agriculture, the documents report that China had:

In November 2019, the Ministry of Ecology and Environment released its annual report on China’s Policies and Actions for Addressing Climate Change. The report discussed climate mitigation and adaptation issues related to China’s agriculture sector. According to the report:

In August 2020, President Xi Jinping announced the “Clean Plate Campaign” to enhance the public’s awareness of food waste.27 (Wasted food results in significant emissions of heat-trapping gases.)28 The campaign highlights the need to maintain a sense of crisis regarding food security during the COVID-19 pandemic and calls for promoting the social custom of thrift. Food distributors have responded with a range of measures, including restaurants offering half-portion options, universities rewarding students with free fruit for finishing their lunch, and catering companies allowing a group of 10 diners to order only nine dishes.29

In March 2021, the China government released its 14th Five-Year Plan for Economic and Social Development and Long-range Objectives through the Year of 2035. With respect to the food system, the plan calls for:

In April 2021, the National People’s Congress passed the Anti-Food Waste Law. The law outlines the basic code of conduct for entities including government, enterprises, schools and the food/catering services to improve food procurement, management and preparation processes. Most notably, the law allows restaurants to charge diners an extra fee (if clearly advertised) for leaving excessive amount of food uneaten. Food providers who mislead consumers into making excessive orders could face fines up to RMB 10,000 (roughly $1500). The law also bans making and distributing binge-eating videos.31

In October 2021, the Chinese government submitted its updated Nationally Determined Contributions to the UNFCCC. The document discusses China’s progress in curbing emissions of heat-trapping gases in the agricultural sector and improvements in the quality of agricultural production.33

The document includes emissions reduction and efficiency improvement in agriculture among the new measures for implementing the updated NDC goals, citing measures to:

The document discusses the importance of climate change adaptation for agriculture, calling for strategies to optimize agricultural structure and research on agro-meteorological disaster prevention technologies.35