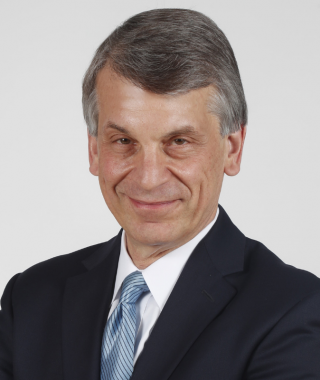 David Sandalow is the Inaugural Fellow at the Center on Global Energy Policy and Director of the Energy and Environment Concentration at the School of International and Public Affairs at Columbia University. He founded and directs CGEP’s U.S.-China Program. Mr. Sandalow teaches a 1-2 month short course each year as a Distinguished Visiting Professor in the Schwarzman Scholars Program at Tsinghua University. He is a Distinguished Research Fellow at the Oxford Institute of Energy Studies and chairs the ICEF Innovation Roadmap Project.

Mr. Sandalow has served in senior positions at the White House, State Department and U.S. Department of Energy. He came to Columbia from the U.S. Department of Energy, where he served as Under Secretary of Energy (acting) and Assistant Secretary for Policy & International Affairs. Prior to serving at DOE, Mr. Sandalow was a Senior Fellow at the Brookings Institution. He has served as Assistant Secretary of State for Oceans, Environment & Science and a Senior Director on the National Security Council staff. He is a graduate of the University of Michigan Law School and Yale College. Mr. Sandalow writes and speaks widely on energy and climate policy. In addition to the publications mentioned above, recent writings include “Greenhouse Gas Emissions from the Food System: Building the Evidence Base,” Environmental Research Letters (June 2021) (co-author); “Finding and Fixing Food System Emissions: The Double Helix of Science and Policy,” Environmental Research Letters (June 2021) (co-author); Energizing America (CGEP September 2020) (co-author); Leveraging State Funds for Clean Energy (CGEP, September 2020) (with Richard Kauffman); Green Stimulus Proposals in China and the United States (CGEP, August 2020) (with Xu Qinhua); China’s Response to Climate Change: A Study in Contrasts (Asia Society Policy Institute, July 2020); China and the Oil Price War (CGEP, March 2020) (co-author); Decarbonizing Space Heating With Air Source Heat Pumps (December 2019, co-author); Electric Vehicle Charging in China and the United States (February 2019) (with Anders Hove); A Natural Gas Giant Awakens (June 2018) (lead author); The Geopolitics of Renewable Energy (2017) (CGEP and Harvard Kennedy School, co-lead author); Financing Solar and Wind Power: Lessons from Oil and Gas (2017, co-author); and The History and Future of the Clean Energy Ministerial (CGEP, 2016). Other works include Plug-In Electric Vehicles: What Role for Washington? (2009) (editor), Overcoming Obstacles to U.S.-China Cooperation on Climate Change (2009) (with Ken Lieberthal) and Freedom from Oil (2007).

Mr. Sandalow serves as a director of Fermata Energy and senior advisor to APL. He is a member of the Zayed Future Energy Prize Selection Committee, Global CO2 Initiative Advisory Board, Electric Drive Transport Association’s “Hall of Fame” and Council on Foreign Relations. Mr. Sandalow is a graduate of the University of Michigan Law School and Yale College. 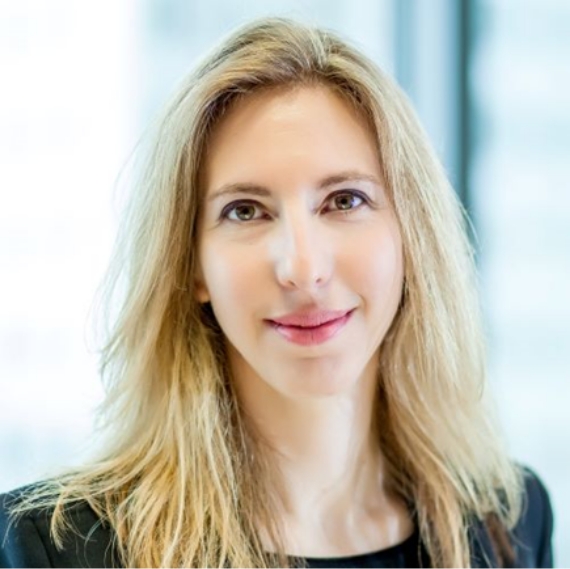 Dr Michal Meidan is Director of the China Energy Programme and Director of the Gas Research Programme at the Oxford Institute for Energy Studies. Before joining OIES in July 2019, she headed cross-commodity China research at Energy Aspects. Prior to that, she headed China Matters, an independent research consultancy providing analysis on the politics of energy in China. Michal also held senior analytical roles at Eurasia Group in New York and London, and at Asia Centre-Sciences Po, Paris. She taught undergraduate courses on China’s political economy at the Hebrew University in Jerusalem and has authored numerous academic articles. Michal also regularly provides comments for a wide variety of media outlets and is featured as a speaker at industry conferences. Michal holds a PhD in Political Science and East Asian studies from Sciences Po, Paris. 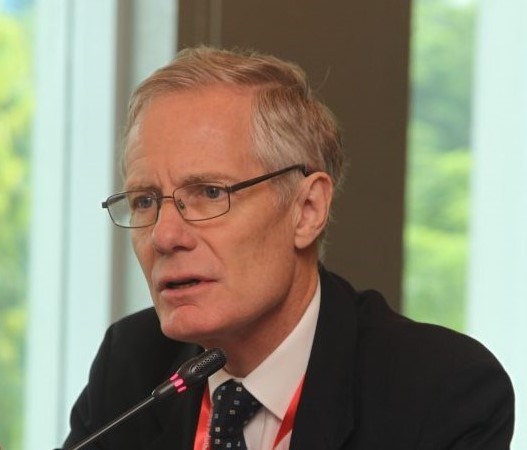 Dr Philip Andrews-Speed is a Senior Research Fellow at the Oxford Institute for Energy Studies. He has 40 years in the field of energy and resources, starting his career as a mineral and oil exploration geologist before moving into the field of energy and resource governance. His main research interest has been the political economy of the low-carbon energy transition. China has been a particular focus for his research. 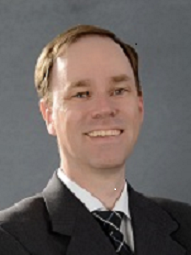 Anders Hove is Senior Research Fellow at the Oxford Institute for Energy Studies. Prior to joining OIES, he was Project Director at GIZ for the German Federal Ministry for Economic Affairs and Climate Action (BMWK)-funded Sino-German Energy Transition Project. He worked on international energy policy cooperation in Beijing from 2010-2022 and has more than 20 years of public and private sector experience related to energy policy and markets, including nine years on Wall Street and 12 years in China. Hove has both a Master of Science and a Bachelor of Science in Political Science from MIT, and he is a Chartered Financial Analyst. He is the author of numerous reports and articles related to the energy sector in China. 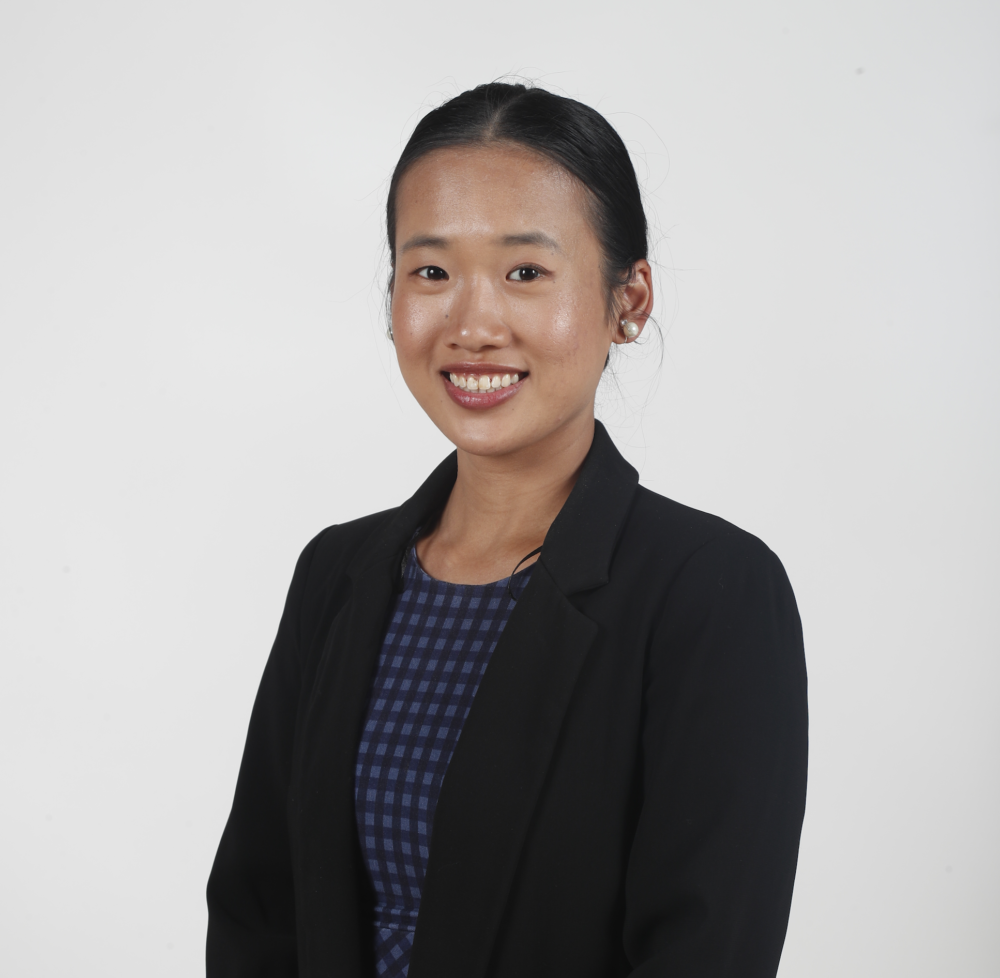 Sally Qiu is a Research Associate at the Center on Global Energy Policy, Columbia University. In this role, she supports CGEP’s Inaugural Fellow David Sandalow on the research and management of the US–China Program. Her work focuses on the intersection of low-carbon transition, food systems and US–China relations. Sally has also served as an Environmental Statistics Consultant at UN Food and Agriculture Organization, where she contributed to publications and the FAOSTAT databases related to greenhouse gas emissions from the global food systems.

Prior to joining Columbia University, Sally worked at the ClimateWorks Foundation in San Francisco where she provided research and analysis on the global energy efficiency standards. Sally also interned at the UN Economic and Social Commission for Asia and the Pacific (UNESCAP) in Bangkok, Thailand, focusing on the clean energy transition in the Asia-Pacific. Sally graduated from DePauw University as a Rector Scholar, studying history and environmental geoscience. She holds a Master of Science degree in Public Policy and Management from Carnegie Mellon University, focusing on energy policy and data analytics. 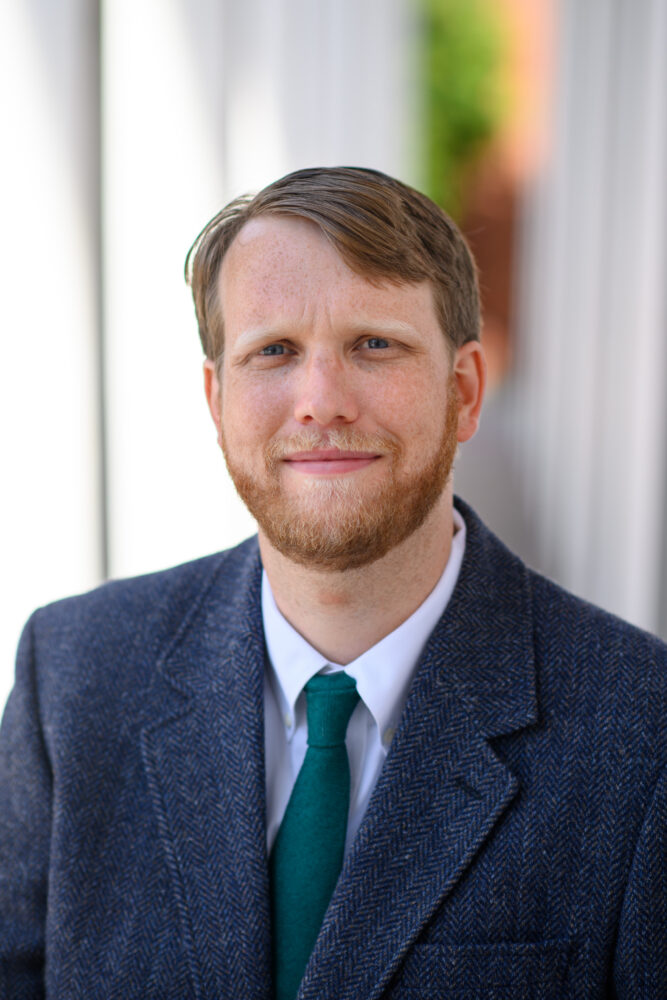 Edmund Downie is a 2nd-year PhD student in the Science, Technology, and Environmental Policy program at the Princeton School of Public and International Affairs (SPIA). He studies political economy and macro energy-systems modeling in China and India, focusing on how industry-government relations will affect the low-carbon transition. Before joining SPIA, he was a non-resident fellow at the Columbia University SIPA Center on Global Energy Policy (CGEP) and a senior analyst in the energy and finance practice areas at Analysis Group in Boston. He has authored or co-authored peer-reviewed reports with CGEP and the Overseas Development Institute (ODI) as well as the Made in China Journal. He has also written for the Washington Post, Foreign Policy, the Center for Strategic and International Studies, chinadialogue, and The Diplomat.

Edmund was a Fulbright Scholar at Yunnan University in China (2017-18) and a Yale University Gordon Grand Fellow at the Center for Policy Research (Delhi) and the Center for Studies in International Relations and Development (Kolkata) (2014-15). He received an MPhil in International Relations at Nuffield College, Oxford as a Marshall Scholar (2017) and a B.A. in Ethics, Politics, and Economics from Yale University (2014).